A cappella Jazz with Emily Dickens

Explore the different vocal colours, techniques and instrumental sounds fundamental in creating exciting a cappella in this workshop with versatile soprano and musical director Emily Dickens. Learn how to underpin the ensemble in the bass, establish a groove, approach stylistic vocal percussion and harmonise with beautiful blend through interesting, challenging and fun arrangements. Together with Emily, participants will develop a piece of jazz for performance that evening with the jazz band at the closing concert of the Salons. Expect to walk away singing! 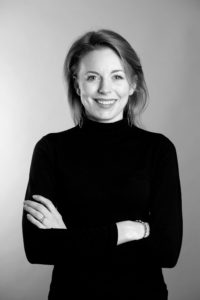 English soprano and conductor Emily Dickens is an internationally established singer, performer and educator. A full-time member of the critically acclaimed British vocal ensemble VOCES8 for eight years, Emily has performed music from Renaissance England to contemporary commissions and American pop, all over the world.

Emily was born in Winchester and was a founder member and Head Chorister of the Winchester Cathedral Girls’ Choir. She read music at Trinity College, Cambridge, where she held a choral scholarship, graduating in 2009. Emily began her professional career in the same summer as her final exams, performing in the Beijing National Centre for Performing Arts in China with VOCES8. She has performed in many of the world’s leading concert halls including The Royal Albert Hall, Tokyo Opera City, Tel Aviv Opera House, Mariinsky Theatre, Wiener Konzerthaus, National Concert Hall Taipei, Dijon Opera House, Elbphilharmonie, Hamburg and the Cité de la Musique, Paris. Emily is heard regularly on international TV and radio including MPR, the BBC and Classic FM; recent highlights include performing J.S. Bach’s Motets live on BBC Radio 3 for the Cambridge Early Music Festival and Jonathan Dove’s The Passing of the Year at St. John’s, Smith Square for BBC Radio 3. A Decca Classics Recording Artist, she has had three albums reach the top of the classical charts.