Internationally celebrated artists Nicky Spence (tenor) and Dylan Perez (piano) take us on a musical journey of Shakespeare Songs set by a diverse and eclectic range of composers from Purcell and Haydn, through to Britten, Quilter, Tippett and John Dankworth, via Bush and Schubert. 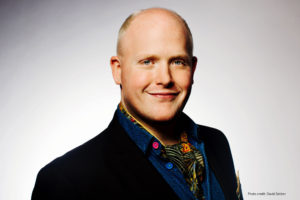 Hailed by the Daily Telegraph as ‘a voice of real distinction,’ Nicky Spence is fast emerging as ‘one of our brightest young tenors.’ An artist of great integrity, Nicky Spence’s unique skills as a singing actor and the rare honesty in his musicianship are steadfastly earning him a place at the top of the profession.

Highlights in Nicky’s 2018/19 season include Ein Hirt & Ein Junger Seemann in Tristan und Isolde for the Opéra national de Paris; Nikita  in Janáček’s From the House of the Dead at La Monnaie and also for the Opéra national de Lyon; Shipman in Rimsky-Korsakov’s The Tale of Tsar Saltan also for La Monnaie and Sergeant Johnny Strong in the world premiere of Iain Bell’s Jack the Ripper: The Women of Whitechapel at the English National Opera. On the concert platform he will sing Bruckner’s Te Deum  at La Monnaie, the title role in Act III of Parsifal with the Hallé Orchestra and Sir Mark Elder and Handel’s Messiah Internationally.

His recital appearances this season include Wigmore Hall, Milton Court, Middle Temple Hall and the Oxford Lieder, Leeds Lieder and Chiltern Arts Festivals. He will also give a series of performances of Janacek’s The Diary of One who Disappeared to mark its centenary and new recording due for release this year with Hyperion and pianist Julius Drake.

Nicky’s 2017/18 Season included two important debuts, at the Royal Opera House, Covent Garden for From the House of the Dead, and at Teatro Real for Pirzel in Die Soldaten.  Other highlights include Les Illuminations with the New World Symphony in Miami under Mark Wigglesworth, a recital tour of Janáček The Diary of one who Disappeared and further recital appearances at the Wigmore Hall, Oxford Lieder Festival and Chiltern Festival, Leonard Bernstein’s Songfest with the BBC Philharmonic Orchestra, projects with Geneva Camerata, the Myrthen Ensemble and the London Mozart Players, Bach’s St Matthew Passion with the Bach Choir, and the much anticipated release of the last volume in his Strauss Song Series with Roger Vignoles (Hyperion).

On the opera stage, Nicky created the role of Brian in the world premiere of Nico Muhly’s opera Two Boys at ENO, a role he reprised for his Metropolitan Opera debut in 2013. Becoming a great exponent of Janáček’s music, Nicky will shortly record The Diary of the one who Disappeared with Julius Drake and has notably appeared in Jenůfa (La Monnaie, Brussels, ENO); Katya Kabanova (Seattle Opera, Opera Holland Park, London) and The Makropoulos Case (Oper Frankfurt).

Scotland born, Nicky trained at the Guildhall School and the NOS and progressed to become one of the inaugural Harewood Artists at the ENO. Nicky is a Samling Artist, recently joining their team as a leader of young singers, and was nominated by the International Opera Awards for Young Singer of the Year in 2015 and was also one of ten artists included in the Times Breakthrough Award at the South Bank Sky Arts Awards celebrating the best up and coming young British talent from across the Arts industry. 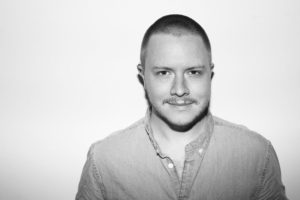 Pianist Dylan Perez is a highly sought after recitalist, chamber musician and coach specialising in vocal repertoire. He graduated in 2018 with Distinction with an Artist Diploma and in 2016 with Distinction with an Artist Masters from the Guildhall School where he studied with Eugene Asti, Andrew West, Iain Burnside, Julius Drake, and Pamela Lidiard. Prior to relocating to London, he studied at the University of Michigan with Louis Nagel and Martin Katz.

Recently, he was awarded the Gerald Moore Prize for accompanists. He was also awarded the Paul Hamburger Prize for Accompaniment in association with a performance of Die schöne Müllerin, directed by Graham Johnson.

Along with duo partner Iúnó Connolly, Dylan was a semi-finalist in the 2017 Das Lied International Song Competition in Heidelberg, Germany.

In April 2016, he was a finalist in the Kathleen Ferrier awards at Wigmore Hall where he, along with his duo partner mezzo soprano Bianca Andrew, received the Loveday Song Prize. He was a finalist in the competition again in 2017, and performed with Francesca Chiejina, Daniel Shelvey, and Eduard Mas Bacardit.

He has performed alongside the Prince Consort at the Wigmore Hall and in recital at other venues in London such as the Barbican, Milton Court Concert Hall, St. Martins-in-the-Fields, Cadogan Hall, and the Victoria and Albert Museum.

Dylan has performed in Pre-LSO concerts at the Barbican Hall and was featured in a BBC Proms Extra concert, broadcast live on Radio 3 from Imperial College. Recently, he was featured on a Radio 3 recital, performing songs by Richard Rodney Bennett with baritone Benson Wilson. He has also participated in the BBC Total Immersion series This Is Rattle in a concert curated by Thomas Ades.

He is an alumnus of the Franz-Schubert-Institut in Baden bei Wien, Austria, where he performed in masterclasses for Julius Drake, Rudolf Jansen, Helmut Deutsch, and Elly Ameling. Dylan is also a Britten-Pears Young Artist and studied there with Christoph Pregardien, Julius Drake, and Richard Stokes.

He has attended SongFest on the Martin Katz Fellowship and the Aspen Music Festival as a student of Ann Schein. He was a participant in The Song Continues masterclass series at Carnegie Hall with Marilyn Horne, Jessye Norman, and Dalton Baldwin, and was subsequently invited to be a pianist for their residency in Paris.

Passionate about the voice, Dylan is closely associated with Prof. Janice Chapman at the Guildhall School where he plays for her lessons, learns about the mechanics of vocal technique, and amasses vast knowledge for coaching young and mature singers.

Dylan is the founder of re-sung, a London based song recital series that focuses on the connection between text and music, with special interest on creating new interpretations of masterworks and championing contemporary songs.

Dylan will be joining the Royal College of Music as a fellow in their celebrated Vocal Faculty this autumn.