Taking the Sting out of Shakespeare

Taking the sting out of Shakespeare. A lively exploration of Shakespeare’s Sonnets taking the verse off the page and bringing it fully to life. This session will incorporate techniques used in professional theatre with playful exercises to demystify and untangle the Bard. Come with a sense of fun and a willingness to put the text through its paces. 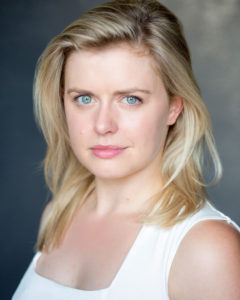 Anne-Marie is an award winning actress whose performances has ranged from playing a regular on BBC Radio 4’s “The Archers” to devised, actor-musician work in the challenging new play “Day of the Living” for the Royal Shakespeare Company. On stage, playing Beatrice in “Much Ado About Nothing” gave her Best Actress nomination both for an Off West End and a My Theatre Award. In the world of audio, last year she won the Golden Earphone Award for narration on the audiobook series “Death Below Stairs”. She has also recorded the eponymous Juliet in “Romeo & Juliet” opposite Juliet Stevenson’ Nurse and John Sessions & Patricia Hodge’s Lord and  Lady Capulet.

A talented and multi-disciplined musician, Anne-Marie has many actor-musician credits (as well as instruments) to her name from “Swallows and Amazons” at York Theatre Royal to “These Trees are Made of Blood” for the Arcola and Southwark Playhouse. As a singer she regularly records session work for theatres and will soon be doing so for the National Theatre’s winter season.

Her love of Shakespeare was kindled studying English Literature at Durham University but it was her training at the Bristol Old Vic that developed a true understanding of its performance. Her roles have included Lady Macbeth (Macbeth), Olivia (Twelfth Night) and 3 different productions of Richard III (playing different roles each time). She has recorded poetry for Naxos and their Sonnet collection “From Shakespeare with Love” with other readers including David Tennant and Derek Jacobi. This workshop brings together the skills she has learned through rehearsal, study and working with incredible directors and performers.