Drawing from his frequent ClassicFM broadcasts, and 3rd album, “The Naked Pianist”, Emmanuel’s concert programme weaves together popular classics by composers such as Bach, Debussy, Rachmaninov, and Chopin. Please note he will not be performing naked! 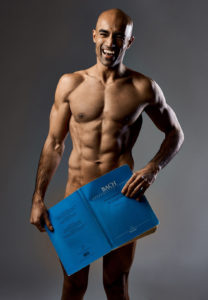 With a broadcast presence in over 30 countries; a #1-selling album in the classical charts, alongside his status as an award winning, senior lecturer and public speaker, pianist Emmanuel Vass has worked his way to the top of the music industry without an agent, manager, or record label, demonstrating typically Yorkshire determination and hard work. He grew up in East Yorkshire, and studied at the Royal Northern College of Music, Manchester, as a Leverhulme Scholar. He has performed for the Prince of Monaco, and broadcast on BBC Radios 2; 3, 6music, Scotland, and World Service, as well as ClassicFM, France 2, and ViaSat Explore (Scandinavia and Eastern Europe). The Mail on Sunday described him as, “one of the most charismatic talents on the contemporary scene”; Attitude as “the new classic”. For more information, visit his website, emmanuelvass.co.uk, or @MannyVass on Twitter, and @MannyVasspiano on Instagram.