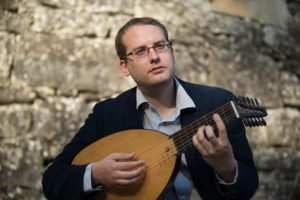 A lutenist and guitarist from London, Toby Carr is known as an engaging and responsive artist, performing with some of the finest musicians in the business.

Having studied at Trinity Laban and the Guildhall School he is now active as a soloist, continuo player and chamber musician working in the field of historically informed performance, bringing old music to new audiences in exciting and innovative ways. This has included working with many of the foremost period instrument groups around, including Dunedin Consort, Academy of Ancient Music, Early Opera Company, La Nuova Musica, and Irish Baroque Orchestra.

Toby has also worked for the Royal Ballet, London Philharmonic Orchestra, RTE Symphony Orchestra, Longborough Festival Opera and for English Touring Opera for four tours from 2016-2020. Toby is a founding member of Ceruleo and Lux Musicae London, and appears on a recent recording of the works of Barbara Strozzi by Fieri Consort. In 2019 he made his Wigmore Hall debut with Dame Emma Kirkby and her group Dowland Works.

Settled in Greenwich with his wife and collaborator, baroque harpist Aileen Henry, Toby’s interests outside of music include cooking and travelling, though when not working he generally tries to do as little as possible. 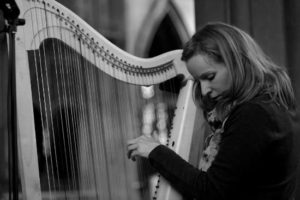 Aileen Henry studied at Trinity Laban Conservatoire of Music and Dance with Gabriella Dall’Olio and Frances Kelly, gaining her BMus and MMus in harp performance. Aileen is currently studying baroque harp with Mara Galassi at Civica Scuola di Musica Claudio Abbado in Milan, and is active as a continuo player and soloist in the UK and Europe.

As a continuo player for baroque opera Aileen has worked with English Touring Opera on Purcell, Carissimi and Gesualdo in 2018, and is looking forward to joining them again for Handel in their Spring 2020 season. Aileen features on a recent recording by Fieri Consort, which focuses on the works of Barbara Strozzi and virtuosic instrumental music. Aileen is a founding member of the group Lux Musicae London, who have recently been funded by Arts Council England for a tour of their programme ‘The Secrets of Andalusia’, and have been invited to perform at various festivals such as London Festival of Baroque Music, Brighton Early Music Festival and Festival of the Future City Bristol.